Free Fire should belong to the computer. "How to play Free Fire with the mouse and keyboard?" This is the most urgent need for players who have played shooting games on the computer.

WASD+ is such a tool to bring Free Fire back to the computer. WASD+ is different from emulators or other screencasting tools, and deeply customizes the game. Matching various usage scenarios, multiple sets of buttons can be switched quickly, realizing the experience of similar native computer games, and playing shooting mobile games on the computer. 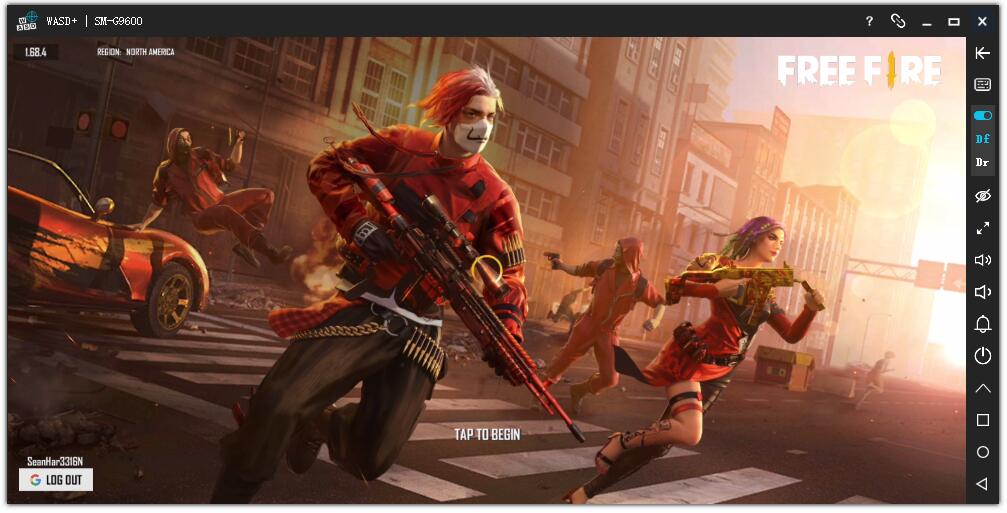 WASD+ is to use the mobile phone(Android mobile phone) to cast screen to the computer, and then use the computer to control the mobile phone, and operate the game with the mouse and keyboard. For mobile shooting games such as Free Fire, we have made in-depth customization without any button configuration, all have been configured (including opening package scenes, maps, driving scenes), so as to seamlessly switch. We promise to continue to adapt to new and old games, hoping to provide operating players with a mobile game experience that is close to the original computer mouse and keyboard. Use WASD+ mouse and keyboard to play Free Fire, the leek becomes a sickle in seconds. 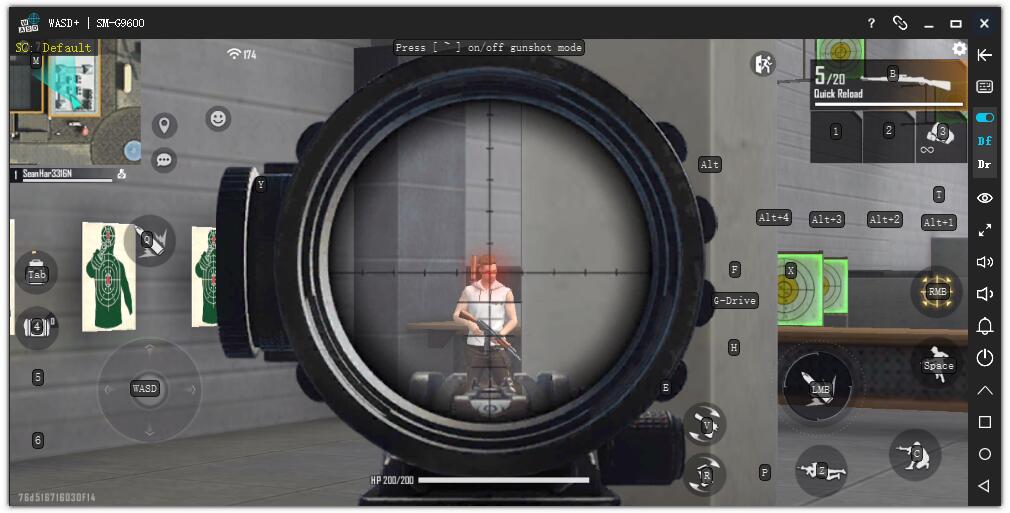 WASD+ provides the most powerful mouse and keyboard mapping program for shooting mobile games. Including multiple sets of mapping scenes, quick switching, for example: normal combat and driving scenarios, the operation is different, you need to switch the mapping scene. WASD+ supports shortcut key switching, and the experience is almost a native computer. 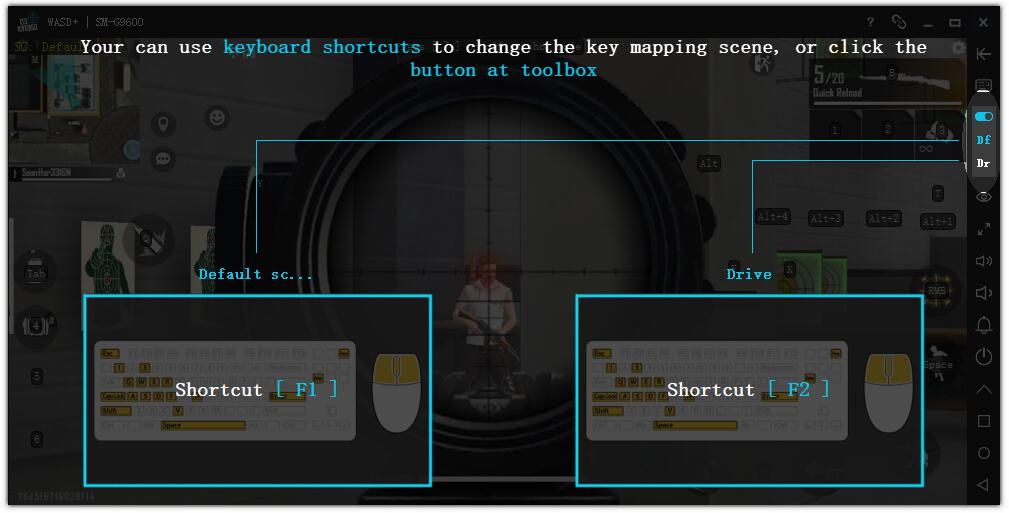 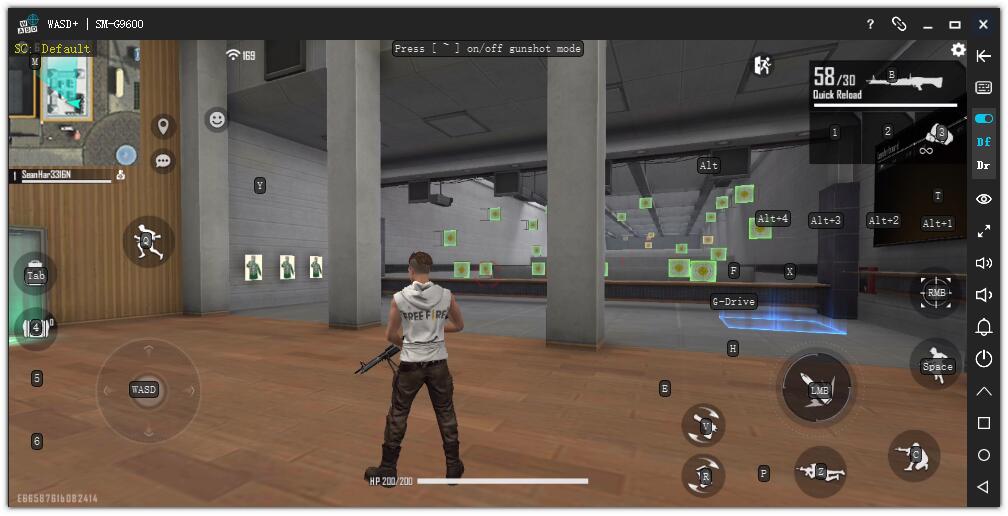 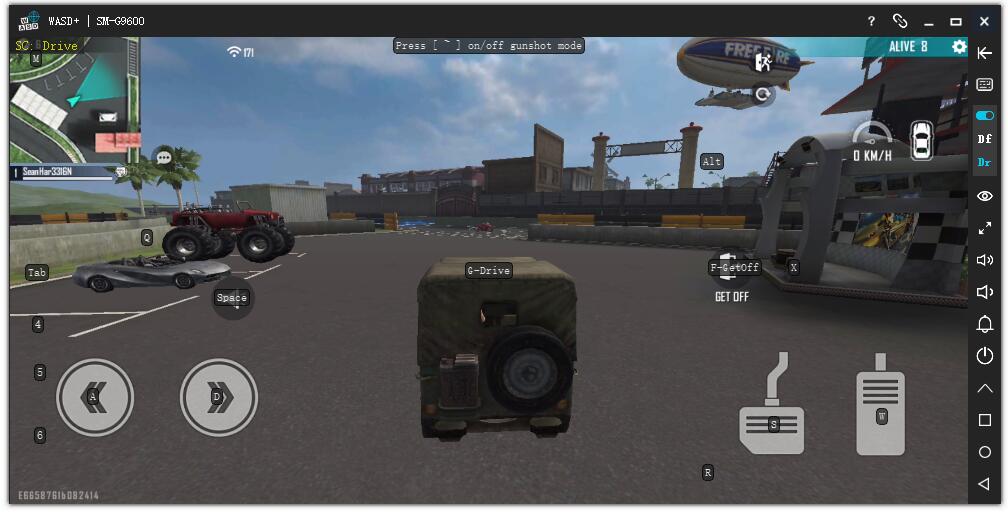 In addition, a fingerprint scene mode (configuration is required) is also provided. By setting the fingerprint, the scene can be automatically switched, and the fingerprint can be exactly the same as the native computer. The script key can support the user to combine multiple operations together to flexibly realize functions such as backpacking and viewing maps. These configurations are pre-configured for mainstream shooting games, and users can easily play without such cumbersome configuration. 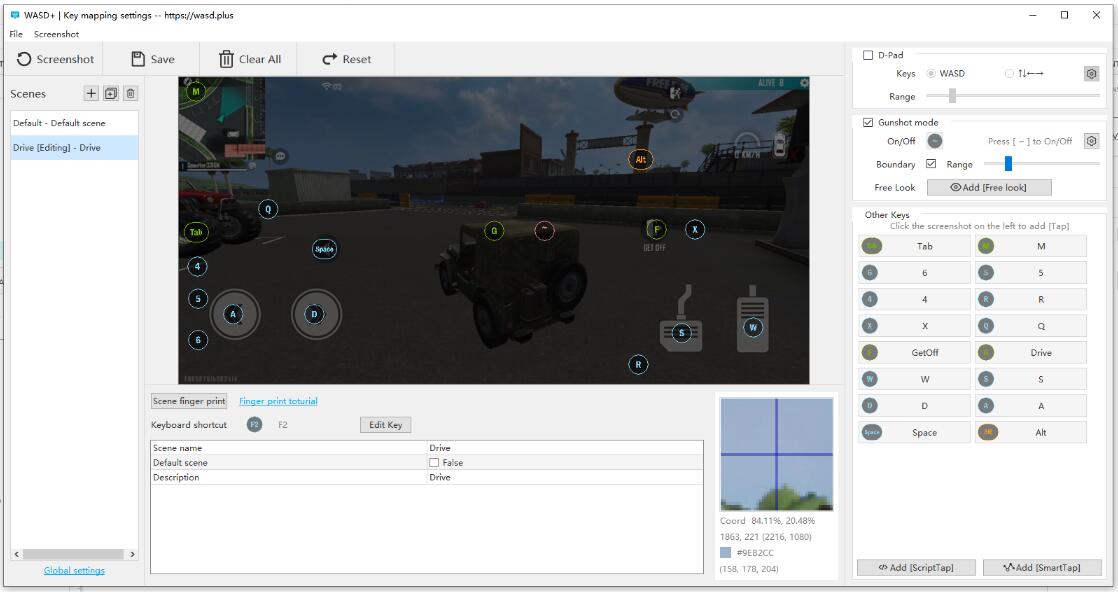